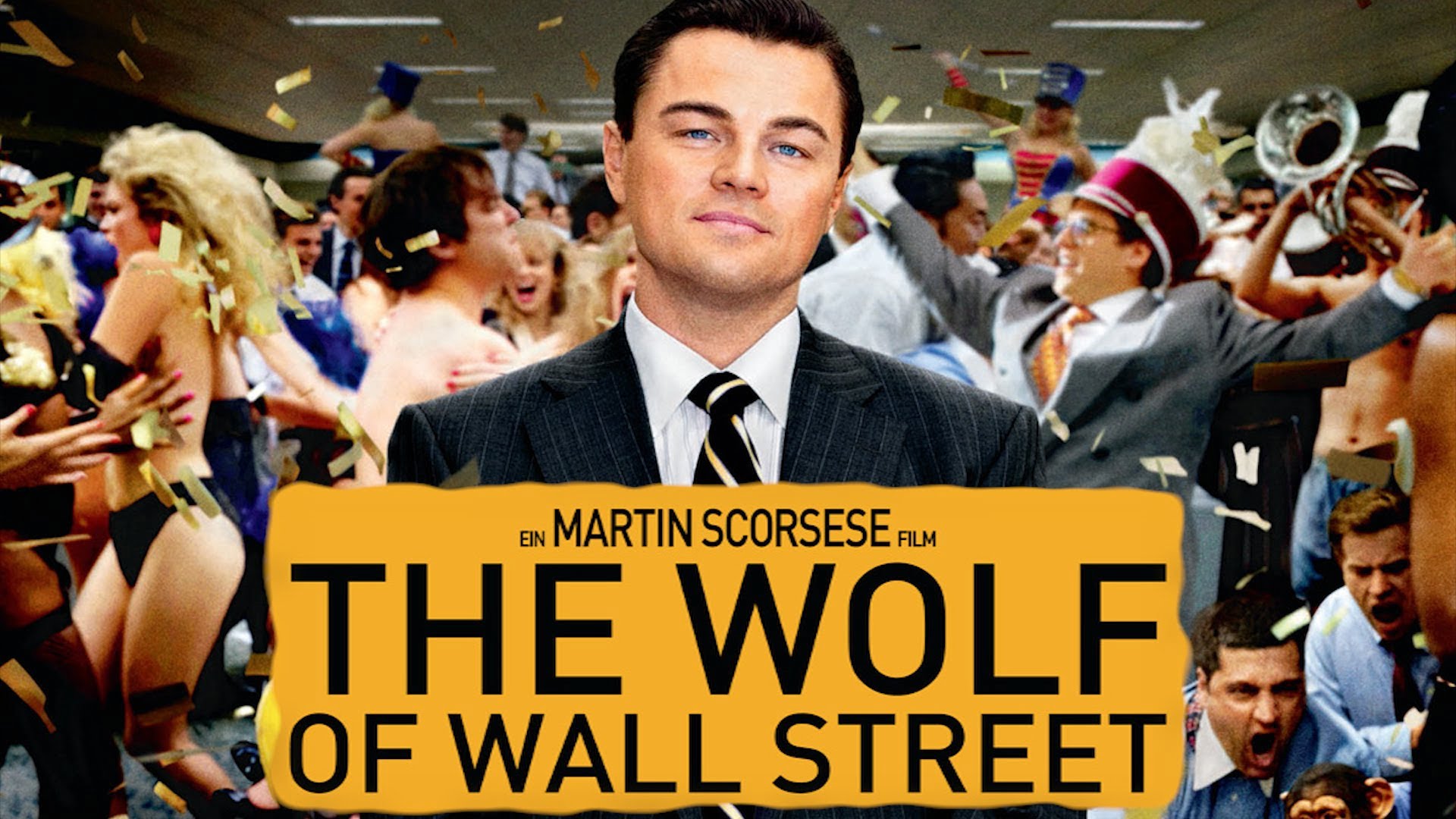 Ever thought about making so much money you don’t know what to do with? From being a middle-class man to owning the most expensive real estate in the world – Jordan Belfort, a stockbroker of Wall Street had a rollercoaster ride during his stockbroking career. Money, luxury, friends, drugs, women, cops, you name it and Jordan would have seen it in his lifetime. This movie is about a high money-minded middle-class guy who enters the Jungle of Stock Market to make his fortune. Let’s dive deep into how Jordan became The Wolf of Wall Street! Excited? Yeah, me too!

Jordan Belfort was a 22-year-old guy with a drive to earn crazy money. So, he chose the one place on this earth which befitted his high-minded ambitions – Wall Street! He took a job as a connector in L.F. Rothschild. He dialed the phone 500 times a day trying to connect his senior brokers with wealthy business owners. He became a stockbroker and made some handsome money in just 6 months. Life was good until the biggest market crash since 1929. The market crashed by 508 points! The company closed its doors for Jordan and he was jobless.

After some time, Jordan lands a job in a company named Investor’s Centre. Here his life takes a turn. If I had a product to sell, my salesman would be Jordan. His power to persuade people was mind-blowing. He sold pink sheets/penny stocks to the clients where he earned a whopping 50% commission whereas in Rothschild he used to put only 1% in his pocket. Penny stocks are those that trade at a very low price, have very low market capitalisation, are mostly illiquid, and are usually listed on a smaller exchange. In western markets, shares that trade below $1 are usually called penny stocks. He bought himself a Yellow Jaguar just by selling these pink sheets.

Further, Jordan meets Donnie Azoff. Donnie, overwhelmed with Belfort’s lifestyle, decides to quit his job and work for him. After some time, they decide to go out on their own. Jordan needed a bunch of brokers with sales experience. He recruited some of his hometown boys – Sea, Chester, Robbie, Alden and Nicky. Now he was all set to make people rich on paper while filling his own pocket.

The team was doing pretty good but Jordan’s hunger was striving more and more. He decided to target the wealthiest 1% Americans where he would first sell them blue-chip stocks and then unload the penny stocks simply making 50% commission. This idea gave rise to his Company – Stratton Oakmont, Inc. Within a short time, his sales pitch helped the firm earn weekly commissions of US$ 28 million.

As the company became a hot topic in Wall Street, Forbes Magazine interviewed Jordan. His image was shown that of a twisted Robin Hood who takes money from the rich and gives to himself. They called him ‘The Wolf of Wall Street’! Forbes made him a super start, the effect of negative marketing! The size of Stratton Oakmont doubled within a month and they moved into bigger offices. At the same time, it also caught the eye of Patrick Dehman, the special agent from the department of justice.

The next step was to find companies and take them public – IPOs! An IPO is an Initial Public Offering where a stock is listed on the exchange for the first time and offered to the general public for sale. Arncliffe International was the first IPO that was launched by the brokerage firm. The firm set the initial sales price and sold back those shares right back to Ratholes. Now, Rathole is a friend who held stocks in his name for Jordan. He would drive the price up and the Rathole would sell and kick most of the profits back to him. The question was, “is all this legal?” Absolutely Not! But the Wolf didn’t care as he was simply printing cold hard cash! At the same time, Jordan’s life was revolving around drugs and sex workers.

Three years later, it was the biggest day for the company as they were taking public the women’s shoe company – Steve Madden! Everyone in Wall Street was begging to take that company public. It was the biggest IPO in the firm’s history. Out of two million shares, Jordan alone held 85% shares through his Ratholes.

The FBI now entered into Jordan’s life. The scared wolf now parked his millions in Swiss accounts through his Ratholes and friends with European Passport. The cops see Donnie with a bag full of money handing over to Brad(Jordan’s friend). The scene created suspicion which led to tapping all the phones of Jordan. Thinking about the consequences, the wolf then decides to step down and settle a 2 million dollars deal with the Securities and Exchange Commission(SEC). But later he feels that doing so will make him a hypocrite and decides to stay at the company. Since the FBI was watching over him, he planned a holiday in Italy where he was running the company using his Ratholes.

One day, Steve Madden started unloading his 15% shares so Jordan decided to make the company a penny stock by selling all his 85% shares. Immediately after that, he hears the news that Aunt Emma, his relative just died who had his 20 million dollars parked in her Swiss account. He heads to Switzerland in his yacht to get back his money where he had to face a big sea storm. He almost died in that storm. These were enough signs for Jordan to now step back and live a clean life now. He goes to rehab and lives a sober life for two years. He now decides to make an earning through teaching people how to sell! But somehow he again gets into trouble due to his friends. He was sentenced to 36 months in prison and fined US$ 110M after the fraud detection. The empire Jordan built collapsed and he restarted from zero as a sales trainer but by ethical means this time.

Martin Scorsese’s adult comedy will keep you hooked till the end. Leo’s performance is simply outstanding! Matthew McConaughey’s cameo is my favourite part! The movie is perfect when it comes to direction, cinematography, screenplay, casting and acting.

This movie is all about Jordan’s Life – Money, a lot of money, drugs, sex, illegal activities, etc. We all find his life to be very fascinating and want to live like him, don’t we? Ask this to the victims of the same. In my opinion, this movie has some really good life learning lessons. Never mess with people’s money and the government. There are ethical ways of creating wealth, an ideal example is Warren Buffett. Ethical wealth creation takes time whereas illegal ways make you rich quickly but eventually the empire will collapse. The bottom line is – Don’t be a Belfort, be a Buffett!

Thank you for reading.

Reference: ‘The Wolf of Wall Street’ movie by Martin Scorsese. 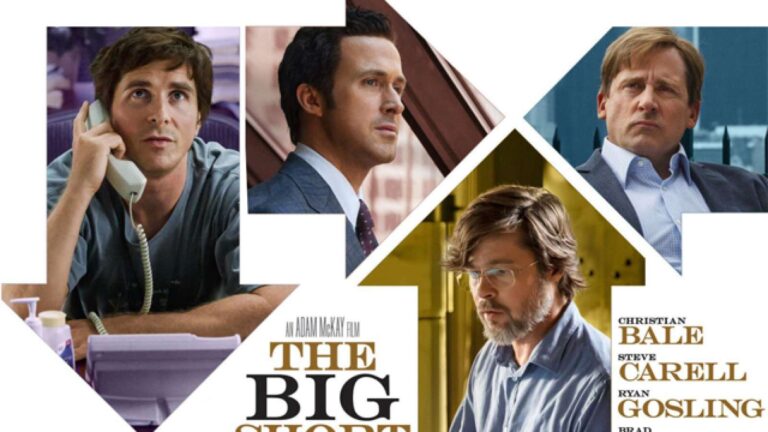 Abstract What happens when you bet against a rising market? You either win hard or lose big!The Big Short is a movie based on the book: The Big Short: Inside the Doomsday Machine by Michael Lewis. The movie states how the rising housing market which was considered to be rock solid by many investors, turned…